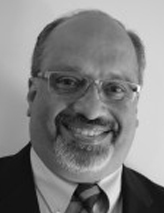 Peter Fernandes has served as our Principal Executive Officer since November 2021 and has served as our Chief Regulatory, Safety & Quality Officer since May 2015. Prior to joining us, Mr. Fernandes was Vice President of Global Regulatory Affairs at Ikaria Inc., from October 2012 to May 2015, and in this capacity also led our regulatory group since its inception in February 2014. Previously, he led Regulatory Affairs and Quality Assurance for OptiNose, Inc. from October 2010 to September 2012, was Vice President US Drug Regulatory Affairs Respiratory and US DRA Respiratory Franchise Head for Novartis Pharmaceuticals from November 2007 to October 2010. He has also served as the Head of US Development Site and Vice President of Regulatory Affairs and Quality Assurance at Altana Pharma, a subsidiary of Nycomed Inc., and led the US Respiratory and GI Drug Regulatory Affairs group at Boehringer Ingelheim. Mr. Fernandes has over 30 years of experience leading cross functional global development teams covering respiratory and cardiovascular diseases with successful US and global submissions and approvals obtained for a number of well-known drugs e.g., Flomax, Spiriva, Omnaris. Mr. Fernandes also serves as Co-Chair of the Pulmonary Vascular Research Institute (PVRI) Innovative Drug Development Initiative that is instrumental in developing novel regulatory endpoints and clinical trial design for Pulmonary Hypertension (PH) in collaboration with academia, industry and regulators. Mr. Fernandes has an M. Pharm. from the Grant Medical College and a B. Pharm. from the K.M. K College of Pharmacy, both at the University of Bombay in India. 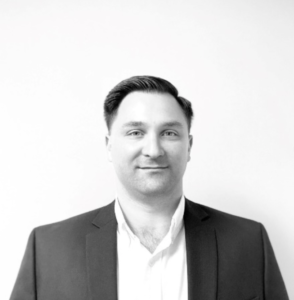 Nicholas Laccona has served as our Principal Financial and Accounting Officer and Secretary since October 2021. Mr. Laccona previously served as the Controller of the Company since August of 2020. Prior to joining the Company, Mr. Laccona served as Senior Manager, Audit at KPMG LLP from December 2014 through August 2020. Prior to that, Mr. Laccona served as an auditor with Sobel & Co., LLC. Mr. Laccona holds a Bachelor’s degree from the University of Maryland, College Park, is a Certified Public Accountant and an active member of the America Institute of Certified Public Accountants. 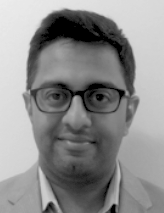 Parag Shah, Ph.D. has served as our Vice President of Business Operations since April 2016 with responsibilities for Project Management, Supply Distribution, Pre-Clinical and Business Development activities. Prior to joining Bellerophon, Dr. Shah was Principal Scientist at Pfizer from 2004 through 2010 where he was responsible for leading multiple parenteral and liquid formulation development teams. In addition, Dr. Shah was a member of multiple Limited Duration Teams including serving as Pfizer’s Team Lead for the Nanoparticle Network responsible for internal and external evaluation of nanoparticle technologies. Dr. Shah joined Ikaria as Parenteral Development Lead in 2010 and assumed additional responsibilities in 2012 as Director, Pharmaceutical Science, covering both Pharmaceutical Development and Clinical Supply Management.
Dr. Shah received his Bachelor’s degree from Carnegie Mellon and his Ph.D. in Chemical Engineering from The University of Texas at Austin. 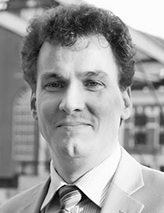 Martin Dekker has served as our Vice President of Engineering and Manufacturing since January 2015. Prior to joining us, Mr. Dekker held several positions at Spacelabs Healthcare, a company that develops and manufacturers medical devices, from November 1998 to January 2015, most recently as Director of Global Operations Engineering. During his time at Spacelabs Healthcare, Mr. Dekker led and co-designed new products, developed and launched transformative manufacturing technologies and championed cross-functional quality/engineering projects. He is a member of the Institute of Electrical and Electronic Engineers.
Mr. Dekker received a B.S. in electronics from Noordelijke Hogeschool Leeuwarden, the Netherlands. 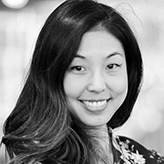 Bo Kim has served as our Vice President, Regulatory Affairs and Quality Assurance since September 2022. Ms. Kim joined as Senior Director of Regulatory Affairs and Quality Assurance in September 2016. Prior to joining us, Ms. Kim served as Chief Technology Officer for Iluminage Beauty Inc, a joint venture of Syneron Candela and Unilever Ventures that develops and manufactures medical devices. Ms. Kim was responsible for identifying new technology, leading the design and developing new products as well as responsible for the Company’s overall regulatory strategy including filing and obtaining regulatory approvals, maintaining their Quality Management System and the execution of their clinical development program to support safety, efficacy and usability. She holds a Regulatory Affairs Certificate (RAC) with Regulatory Affairs Professional Society since December 2017and is a Certified Clinical Research Associate (CCRA) with the Association of Clinical Research Professionals (ACRP) since April 2013. Ms Kim received a Honors B.Sc in Biochemistry from McMaster University, in Canada.

Bellerophon Therapeutics does control the content of this site and is not responsible or liable for the accuracy of the content presented within any external site.