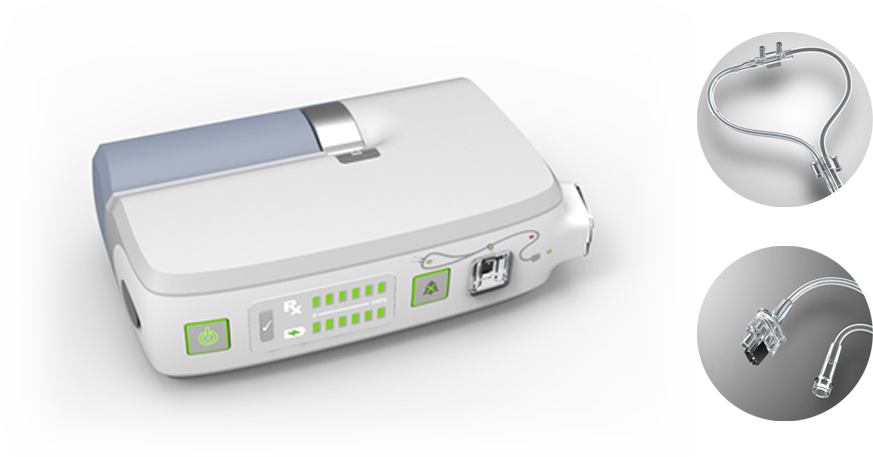 Bellerophon Therapeutics is developing the INOpulse delivery system for the treatment of patients with pulmonary hypertension associated with chronic obstructive pulmonary disease (PH-COPD).

COPD is a chronic progressive disease caused by chronic inflammation and destruction of the airways and lung tissue. While COPD is primarily a respiratory disease, the chronic exposure to toxins in tobacco smoke and resulting lack of oxygen may cause changes in the pulmonary circulation, resulting in chronic pulmonary vasoconstriction and pulmonary hypertension.

Pulmonary hypertension, or PH, is a common complication in patients with late-stage COPD. COPD patients with advanced disease often have low blood oxygen levels, a condition known as hypoxemia. When parts of the lungs are not well ventilated, as is often the case in COPD, a protective mechanism known as protective hypoxic vasoconstriction can occur. This condition, where the body narrows certain blood vessels in poorly ventilated parts of the lung to send blood to better functioning parts of the lung, is the body’s mechanism to increase the amount of oxygen transferred to the blood. However, when this happens, the narrow arteries can put extra pressure on the heart. In addition, COPD patients often have depressed production of the natural nitric oxide in the blood vessels of their lungs, which also causes them to narrow.

To learn more about this condition, visit the COPD Foundation.

There is a significant and common unmet medical need for patients with PH associated with COPD that may be overlooked in everyday clinical practice because of the lack of available approved therapy. Also, drugs that are currently used to reduce pulmonary hypertension in PAH patients have been shown to potentially cause other problems, such as worsening hypoxemia, when used on patients with PH-COPD. This may be because these drugs act across a wide portion of the lungs’ blood vessels and can reverse the body’s protective mechanism of hypoxic vasoconstriction.  PH-COPD has also shown to be associated with poorer clinical outcomes in patients with this condition when compared to similar patients without PH.

Researchers have suggested that inhaled nitric oxide could help open or dilate the blood vessels in the lungs of these patients. Further, they proposed that dosing as a small pulse early in the patient’s breath could reduce the potential for adverse effects.

The INOpulse delivery system was designed to deliver nitric oxide in a targeted fashion allowing it to act primarily on the well-functioning part of the lung. The theory behind this delivery is that because inhaled nitric oxide is very short-acting and is deactivated quickly when it contacts blood, delivering it to well-ventilated parts of the lung will allow it to open up the blood vessels where good gas exchange is possible, while not reversing the body’s protective mechanism in other parts of the lung.

We are now evaluating additional studies with the goal of getting INOpulse approved, by health regulatory agencies around the world, for use by patients with PH-COPD.

Find out more about our ongoing trials at clinicaltrials.gov.

Bellerophon Therapeutics does control the content of this site and is not responsible or liable for the accuracy of the content presented within any external site.